The Golden Bowl By Henry James 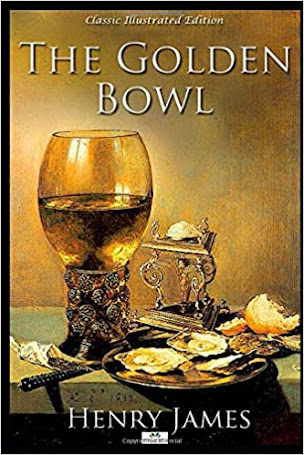 Email ThisBlogThis!Share to TwitterShare to FacebookShare to Pinterest
Labels: Infidelity 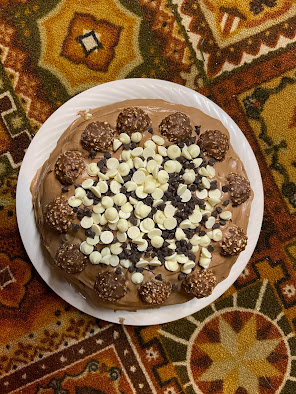 Babbling Books is nine years old today! This anniversary brings a mini – crisis in my blogging activities but optimism for the future. The mini – crisis that I refer to will be evident to anyone who has been following this blog, that is, I have not been posting much.

The reason that I have not put up a lot of entries in the past few months in twofold. The reasons are also related. The first is that I have been working more and more hours at my job. These hours have been escalating. I have been working more in the past few weeks then I have worked since my blog started. In fact, I remember that 9 years ago, I started my blog shortly after a work project ended that was taking up a lot of time. At the time, I figured that the extra hours could be devoted to blogging.

The second reason is something that happens from time to time. I have been stuck in a period of what I will describe as lower motivation. Much of this low motivation is part of the natural cycles of ups and downs. However, another related factor is the fact that about two months ago the keyboard on my desktop  computer died. I replaced it with something that I had lying around, but something that I thought would be a good choice. It was a Macally keyboard that was a large piece of hardware. I thought that its size and apparent sturdiness would be good for writing. However, in retrospect it it turns out that using it was an unpleasant experience.  Among other things it led to a lot of typos and missed key strokes.  I have replaced it with an Apple Magic Keyboard which is ironically much smaller but much easier and pleasant to write with. I did not realize that this poor keyboard experience was keeping me away from writing, but once I replaced it, writing blog posts became a positive experience again.

I must admit that had my busyness at work coincided with a period of higher motivation for blogging, that I would have still managed to post more. I am naturally a very slow writer, so the combination of these two factors has really slowed down my posting.

The really good news is that, while the long hours at work were caused by several factors, the biggest driver of time at work was a project that was just concluded on January 31st. I should be working a lot less now. I am hoping that this freeing of my time will be also help spur more motivation to write blogs.

Thus, I am optimistic that I will be posting more frequently going forward and that 2021 will be a good year for blogging. I am looking forward to the future. Have no fear, Babbling Books should still be around for a while.

As I do every year, I want to thank all my wonderful commenters. I am grateful to everyone who has taken the time to comment and engage in my comments section. Interaction with other bloggers in our comments sections is one of the main reasons to blog in the first place.

Happy reading and blogging in 2021 everybody!