I am progressing through Shakespeare’s Sonnets, in order, so it seems. 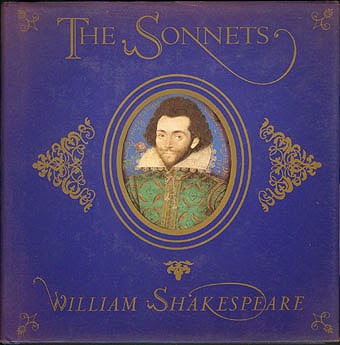 Lo, in the Orient when the gracious light
Lifts up his burning head, each under eye
Doth homage to his new-appearing sight,
Serving with looks his sacred majesty;
And having climbed the steep-up heavenly hill,
Resembling strong youth in his middle age,
Yet mortal looks adore his beauty still,
Attending on his golden pilgrimage.
But when from highmost pitch, with weary car,
Like feeble age he reeleth from the day,
The eyes, 'fore duteous, now converted are
From his low tract and look another way.
So thou, thyself out-going in thy noon,
Unlooked on diest unless thou get a son.

Once again, we have the voice of the poem urging the “Fair Youth” to have a child. Here, as Shakespeare has done in the proceeding Sonnets, the downside of refraining from procreation is illustrated by highlighting the subject’s virtues, but reminding him that such virtues are transitory. As we have also seen in the earlier poems, the reader is reminded that youth, though a wondrous thing, will eventually fade. Thus, the only way to maintain vitality, glory and life is through one’s decedents.

In this entry the path of the Sun in the sky is used as the allegory. What I think is interesting is the fact that the glory of the Sun is less praised than is the esteem that people in general have for the ascending orb. We are told, “each under eye Doth homage to his new-appearing sight, Serving with looks his sacred majesty.”

As per the theme of the work, as the magnificent Sun passes the noon hour and begins to set, the esteem of the world will inevitably fade, “The eyes, 'fore duteous, now converted are From his low tract and look another way.”

As I do with many aspects of the Sonnets, I find this to be a bit odd. The regard of the world is portrayed as fickle and transitory. It sets with the movement of the sun and thus also diminishes as an individual ages. Yet, the voice of the poem urges the subject of the poem to retain the favor of people who are so inconsistent. This favor will be obtained by creating another youth in the form of a son (it seems that the pun IS intended).

Taking a leap beyond the Sonnets, I also think that Shakespeare often shows distrust in the accolades of the masses. For instance, it seems to me that the valor of Henry V hid demagoguery, and the heights that Othello reached only made his fall that much harder.

So, what is one to make of this voice that urges the youth to procreate for such questionable motivations? This brings up an issue that I have only touched upon in some of my earlier posts. That is, one may suspect that the voice of the poem is not Shakespeare at all. Perhaps one can consider this speaker to be another one of the great poet’s characters. Such an interpretation certainly solves numerous other issues presented in the “Fair Youth” Sonnets. A Google search indicates lots of varying opinions as to what the intentions of these works are.

If we do assume that the voice of the poem is not Shakespeare, then it seems easier to label it as more than a little desperate. This is a persona that is willing to say anything and make any argument, even if faulty, in order to convince the “Fair Youth” to procreate. Of course, this line of reasoning leaves open the question as to why.

I am not so confident as to throw out this hypothesis as a definitive solution. Instead, I just put it out as an interesting possibility based on what I think of as circumstantial evidence.

A final word on this Sonnet: Regardless of Shakespeare’s intentions, I find the imagery here, that of a magnificent sun on the ascent and then eventually on the descent, to be particularly pleasing. When such a picture is wedded to the idea of a human life and it’s stages, the result is itself glorious.

My commentary on additional Sonnets:

Another magnificent analysis of an interesting yet puzzling Sonnet from Shakespeare. I like your speculation about the source of the narrative voice.
Your comment on the arc of the Sun suggests connections with a similar theme in more than one of Shakespeare's plays.

Hi James - Thanks for the good word.

Without a doubt, Shakespeare was very interested in the rise and fall of individuals. The path of the sun is an obvious metaphor.

Interesting parallel between the sun and the life of man.
Personally I think what we do in life can make us immortal, and not necessarily our descendants. Shakespeare is famous for his writing, not his children. But perhaps I'm a bit off the mark here.

Hi Delia- I completely agree, what we accomplish is really what allows us to have some sense of permanency in the world.

I knew someone who could identify every sonnet from a random spoken/read line. He wasn't proud of it, funnily enough. He was annoyed that his studies still plagued his brain.

Hi Guy - That is an amazing ability and I think that he should have been proud.

I am pretty good with some music and with Star Trek episodes but U do not think that I will ever get that good with the Sonnets.

Wonderful commentary as usual, Brain Joseph. I look forward to your next post on The Sonnets.

Hi Suko - thanks so much!

I already have the next on e written.

Hi Brian, just dropping by to say how much I'm enjoying your posts on Shakespeare. I'm not very familiar with his sonnets, but your thoughts and analysis are very interesting. I can see how the movement of the sun might reflect the rise and fall of many of Shakepeare's greatest characters.

Thank you for my daily/weekly dose of culture Brian. As always I enjoyed your take on these sonnets.

Hi Jacqui - thanks for the good word.

The sun is such a superb metaphor.

Thanks so much Tracy.


One can get culture in fun little bits with the Sonnets.

Brian - I very much like this project of yours, writing about each of Shakespeare's sonnets. This is one I don't know well, and an odd one, with all of its eyes and looks and ambiguity about who's looking at whom, not to mention the suggestions of illness. I'm curious - what character might you imagine reciting this sonnet?

The Sonnets in general seem stranger then many folks think.

As to which particular character from a play could be speaking these words, this is a difficult question.

This may be a stretch - If it were in his interest for someone to have a child and here were trying to persuade them using any argument that he could think of - Perhaps Hamlet's King Claudius.

I like the notion that the voice of the sonnets is not Shakespeare expressing his views but is in character. That actually makes me feel better at finding the sonnets mostly conventional and not particularly insightful. There are some gems, but mostly they rehash the same ideas in pretty standard imagery.

Hi Jane- I am far from sure that the character theory is correct. But it does make the Sonnets more interesting if it is.

You have fascinating observations on this sonnet, Brian! Especially interesting to me is your speculation that the speaker is not Shakespeare. That makes me wonder who this character might be, since the Bard never mentions said character's name. I must confess that I don't know enough about Shakespeare's sonnets to agree or disagree with you.

The allegory of the sun is beautiful, but the comparison to a human life is not effective, in my humble opinion (gosh, daring to criticize the Bard....lol). I make this point because it's obviously not true that people "lose interest" in the sun as it starts to go down. I'm sure that, even in Shakespeare's time, many people would sit and watch sunsets, awed by the colors painted in the sky. The same goes for sunrises. And we all know that noontime is the worst time to look at the sun, as it can damage the eyes.

So it seems that the allegory here is not really that effective. However, I do think it's true -- although to a lesser extent nowadays -- that people do tend to think more highly of those who have had children. In certain more traditional circles, women are looked upon as rather odd if they haven't had kids.

Thanks for the great commentary, as usual!! : )

Hi Maria - Though I hate to be wishy washy, I am not sure if I agree with the theory on the speaker of the poem myself. I just raise the possibility.

In my life'e experiences people's esteem does not diminish with age. Of course there are different social Groups and situations so for some and in some ways I am sure that it does.

The children thing also seems to vary a lot depending on ones family and social circles.