From time to time, I am posting my thoughts on particular Shakespeare Sonnets. For now, I am proceeding in order. 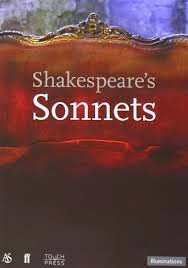 Is it for fear to wet a widow's eye
That thou consumest thyself in single life?
Ah! if thou issueless shalt hap to die,
The world will wail thee, like a makeless wife;
The world will be thy widow and still weep
That thou no form of thee hast left behind,
When every private widow well may keep
By children's eyes her husband's shape in mind.
Look what an unthrift in the world doth spend
Shifts but his place, for still the world enjoys it;
But beauty's waste hath in the world an end,
And kept unused, the user so destroys it.
No love toward others in that bosom sits
That on himself such murderous shame commits.

As in the previous Sonnets, the voice of the narrative is imploring the Fair Youth to marry and have children. The subject of all this attention is initially questioned. Does he fear that he will leave someone a widow if he marries and then dies? The Fair Youth is next lectured that he will be depriving the world of the continuation of his own beauty should he die without progeny. We have heard similar arguments before in this sequence of poems.

The last two lines of this Sonnet catch my attention.

No love toward others in that bosom sits
That on himself such murderous shame commits.

I like these lines from an aesthetic perspective, but they seem to be introducing something new into the Sonnets. The words seem a little angry, and perhaps they are even a little desperate. By this time in the sequence of Sonnets, the voice of the poem has used all sorts of arguments and devices to try to convince his subject to marry and have children. These lines may indicate a certain level of frustration.

Shakespeare’s motivation for writing these Sonnets has puzzled people for generations. I myself have ruminated upon these motivations in my previous posts. Regardless of the question of whether Shakespeare was trying to speak for himself here or not, this turn into what appears to be slightly exasperated language seems to further illustrate that the poet has created a multifaceted character in the voice of the poem. There are indeed many sides to this speaker.

As I have explored in previous posts, this unseen narrator is capable of sublime language, humor and allegories that range from the common to the clever to the soaring. Now, if I am reading this accurately, a little bit of vexation has been infused.

My commentary on additional Sonnets:

The speaker is trying to be extremely flattering too. May be his main Intention?

Hi Harvee - Upo until this point the voice of the Sonnets has been very flattering. This does indeed seem to be one of his main themes.

As ever, I enjoyed your post, Brian. I've never read these sonnets, although I've listened to audio readings of a few of them. It'll be interesting to see if you the note of frustration carries over into the sonnets that follow.

Wouldn't the flattery be merely a way of inveigling his real message, meaning that the creeping frustration could be down to failure, as the flattery is not having its desired affect?

Hi Garry - Indeed I sense that the voice of the poem is getting frustrated as the flattery seems not to be working.

Hi Jacqui - Thanks for the good word.

I think that listening to the Sonnets is as valid as reading them. I actually think that one should do both.

I was wondering the same thing about whether the frustration would carry over or not. I have not read ahead yet.

It seems that the narrator is debating whether it is worse to live without passing a part of yourself on in the form of children.
I have heard this sort of thought before that somehow we live on in our progeny. I wonder if the last line about murderous intent is indicating murder of the children he never produced.
I find this concept interesting because it seems to indicate a desire to never die but to somehow keep existing at least on a genetic level through other humans that our bodies have produced.

Hi Sharon - The ideas you mention seem to be prevalent in these early Sonnets: having descendants makes life worth living, one goes on through their progeny.

It does teeter off into the near extreme sometimes.Going as far as not having children has parallels to murder would seem to fit.

It's sounds almost like a mother or father trying to get their son to marry. (They get a benefit too--grandchildren.)

What I meant to say is that it has the urgency or characteristic of much feeling involved here. Not like an innocent bystander who doesn't know the young man.

Hi Heidi - The narrator of the Sonnets may indeed be apparent. I think that this possibility does make a lot of sense.


I also agree that there is a lot of urgency in these verses.

Try as I might I cannot get away reading these. Someone reading them to me is a whole different matter though.

These sonnets really strike me as exercises--the repetition of the theme, the experimentation with imagery and tone. Interesting that you picked up on the anger or vexation in this one.

Hi Tracy - I believe that hearing poems spoken is just as valid a way to experience them as to read them/ In a perfect world I think one would do both.

Hi Jane - Without a doubt. It is almost like playing a musical rift with some variation every time.

Through your commentary I am learning to appreciate the sonnets for their verbal beauty rather than the thoughts behind them.
I don't think the world cares one way or another who lives or dies. As for leaving progeny behind, some sort of immortality stretched over through one's genes - that's something we tell ourselves, a sort of hope that we may continue living even though the reality is we will not.
My two cents, of course. I prefer your optimistic analysis to mine. :)

Hi Delia - I enjoy analyzing the what is behind the thoughts and feelings of the voice of the poem.

In terms of my personal beliefs I agree with you and do not put much stock in the these actual beliefs. Leaving progeny for posterity does seem to be a silly concept.

I love that you are reviewing these sonnets. They sound so beautiful, but I'm so intimidated by the language, as I am by all things by Shakespeare.

Thanks for some thoughts that help when considering this somewhat puzzling sonnet. I admire your willingness to go beyond the famous or more accessible sonnets in your reading of Shakespeare.

Hi Ebooks - It really took me a very long time to get Shakespeare at all. I still sometimes find him challenging at times.

One nice thing about the Sonnets is that one can concentrate on small bits.

Hi James - I do think that this entire sequence of Sonnets is a little puzzling.

A lovely discussion of this Brian, I enjoy reading your thoughts on the sonnets, this is one I don't think I had ever read before.

Hi Lindsay - thanks for the good word.

It seems lot of folks have not read some of these earlier in the sequence sonnets.

I'm grateful that you make me read all these sonnets and enjoy your analysis. I'm often a bit lost as to the meaning. I wonder as well, if he speaks to himself at times.

Hi Caroline - It seems that the meaning of these Sonnets have puzzled people for centuries and will continue to do so.

As always, your commentary is very insightful, Brian!

As I have not read all of Shakespeare's sonnets, I'm not that familiar with the story of the Fair Youth. However, I, too, wonder at The Bard's motives in writing all of these sonnets for the sole purpose of convincing some unknown young man to get married and have children.

I agree with you that the last two lines have a tone of exasperation. The poet is clearly getting sick and tired of exhorting that stubborn young man to get hitched and procreate! Lol.

I especially like the phrase, "The world will be thy widow..." In other words, the world will regret it if the young man does not eventually marry.

I also like the following lines:
"When every private widow well may keep
By children's eyes her husband's shape in mind."

These lines have a very poignant tone. Widows can indeed receive some consolation for having lost their husbands, by looking at their children, if they resemble their father. I also think that a lot of married women would love to have a son that looked just like his father.

The following lines make a very profound statement in just a few words:

"But beauty's waste hath in the world an end,
And kept unused, the user so destroys it."

In other words, beauty can be wasted in the world, but this does come to an end, whereas, if someone who can create beauty, fails to do so, s/he actually destroys it. This is worse than if the beauty had never existed in the first place. I think this is similar to the well-known saying, "It's better to have loved and lost, than never to have loved at all." (Not sure that I agree with this saying, though, because loving, and then losing, someone, can be EXTREMELY painful.)

Thanks for the good word Maria.

And thank you for pointing out the affective nature of the lines concerning widowhood. I did not initially see it, but these are moving words.

They are not just moving but as you also point out, they reveal some truth concerning some mothers.

As you mentioned, The preserving and appreciation of beauty and love is also so very relevant here. I do not know if I agree withe the comment about losing love. You are correct in your emphasis of the word EXTREMELY.