The Bell Jar by Sylvia Plath

Sylvia Plath’s The Bell Jar is the story of Esther Greenwood. The novel looks into Esther’s life both before and after she experiences symptoms of mental illness. I found this to both an interesting character study as well as what can only be described as a realistic account of a person descending into mental illness. This is a short novel. My edition was only 189 pages long. This was first published in 1963 shortly before Plath’s death. For those who do not know, the tragic connection is that Plath committed suicide shortly after the book was published. Like Plath herself, the novel’s main character suffers from depression and makes several suicide attempts.
The book is told from Esther’s first - person point of view. This is a semi - autobiographical if not a straight up thinly veiled autobiography. Esther is a young, intelligent and vivacious college student. The book opens with her spending time as an intern for Ladies' Day magazine. Early on, the narrative covers Esther’s social life, dating life and work life. Many of her experiences are comical. Esther wants to be a poet when she is not dreaming of other life paths. Esther is perceptive, witty and sharp and as she doles out personal and social commentary freely. Later on, she starts to descend into mental illness and depression and she undergoes therapy, including shock treatments. The “Bell Jar” refers to the confining and stifling place that Esther feels like she is trapped in due to her depression.
Even during her mental decline, Esther is perceptive and poetical,
I thought the most beautiful thing in the world must be shadow, the million moving shapes and cul-de-sacs of shadow. There was shadow in bureau drawers and closets and suitcases, and shadow under houses and trees and stones, and shadow at the back of people’s eyes and smiles, and shadow, miles and miles and miles of it, on the night side of the earth.
I think that the above is very lyrical.  The shadows are indicative of Esther’s melancholy tinged view of the world. Here they affect everything in a way that depression does for those afflicted.
In a way this seems like two stories. Before Esther begins to experience symptoms of mental illness the narrative is a bit cynical but upbeat. The entire mood and tone of the book changes with Esther’s condition. It turns darker.
Esther has a cynical streak in her. She is also determined to retain a sense of independence and resists getting pulled in to marriage that will be limiting to her life. The world that is presented in the book gives Esther some fairly narrow choices as to who she is expected to marry. I understand her hesitancy. There is a sophomoric streak to Esther too. However, I think that this was realistic for a young person who is both intelligent and cynical. Her observations about the world are not exactly profound, but they are intellectually lively and often amusing.
Here she is commenting upon, what at the time was new film technology,
I hate Technicolor. Everybody in a Technicolor movie seems to feel obliged to wear a lurid costume in each new scene and to stand around like a clotheshorse with a lot of very green trees or very yellow wheat or very blue ocean rolling away for miles and miles in every direction.
Later in the book Esther makes several attempts at suicide, gets institutionalized in a high - class facility and undergoes shock treatment. As Plath was writing from experience here, this part of the book seems very credible. As for Esther’s mental illness there are actually folks online today who try to do psychoanalysis. However, though this may not have been recognized at the time, the kind of issues that Esther has are clearly chemical in terms of brain function and the best treatment, though imperfect, now includes medication for most people.
The Bell Jar is very famous. Based upon word of mouth and what I read on the internet, I am going to make few generalizations about its popularity. I lot of young people read it and say they like it because they relate to it. It seems more popular with women than men, but a fair number of men love the book too. Of course, not everyone likes the book. Based upon reviews on Amazon and Goodreads it seems that people who do not like the book strongly dislike it. This is the first time that I have read it.
I thought that this is very much worth the read. We get a peek into a young woman’s mind and opinions that are interesting, lively and funny. The descent into mental illness is worth it if only for the realistic observations. Plath’s tragic death adds poignancy to it all. Though the book might not quite live up to its near cult - like status, it is a worthy character study. Tragically, do to the author's  real life experiences, the later parts of the book gain extra credence. I cannot help to wonder what other works Plath would have created had she lived.
Posted by Brian Joseph at 10:03 AM 52 comments: 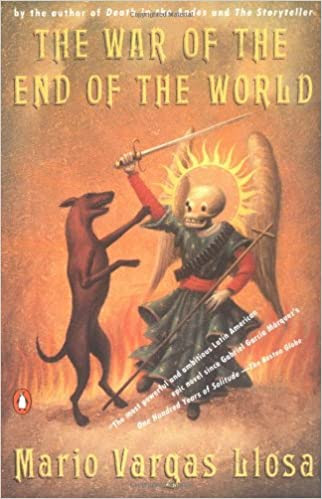