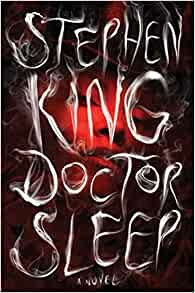 Doctor Sleep is Stephen King’s follow up The Shining. Though I recently reread The Shining, this was the first new -  for - me  King novel that I have read in decades.   I thought that this book was an excellent horror tale. It included a compelling plot, good writing and some in intelligent action and suspense elements. The book also played with some interesting themes. Some of the characters were somewhat complex, however, this book was not the deep psychological study that The Shining was. This was first published in 2013.