Human Extinction: Should We Care? 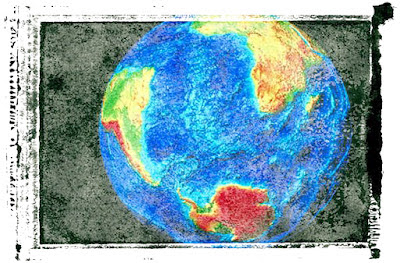 I recently wrote about some of my thoughts on David Benatar’s Better Never to Have Been: The Harm of Coming into Existence. While this book was not the beginning of my thinking about the big picture for mankind, I have been pondering this subject since childhood, reading Benatar did prompt me to organize some of my thoughts on the matter. The big question for me is should, or do I care, if the human race continues. Does it really matter whether or not people become extinct? To some this may seem like a ludicrous question, but to adventurous thinkers this inquiry is fair game.

At times I must admit, when I observe and think about all the mass and individual murders, the torture, rape, petty greed, oppression, narrow mindedness as well as a thousand other ills that mankind has heaped upon itself and other forms of life, both throughout history and into the present, I am tempted to say that the Universe would be better off without people. At the very least, perhaps I should be ambivalent about the future of our species.

It turns out that this train of reasoning is only a temptation for me. When I think about how I have pondered these concepts over the years, I do not believe that I ever really settled on such a view. Why have I not done so? Of course in the short run there are many people and animals that I love and care about. I want them to keep going for as long as possible. After eighty to a hundred years however, baring enormous strides in medical technology and our ability to access these advances, all of these creatures that I am attached to will be gone.

So why care about the long term? I see absolutely no evidence that there exists anything like a benevolent or caring Supreme Being. If such an entity does exist, it still does not logically follow that I should be concerned with future people. It would then the Deity’s concern! Of course, I do not want future people to suffer or die, as Benatar points out, one can be opposed to the potential suffering of future, unborn humans, while being indifferent or even against their coming into existence in the first place.

It turns out that I do care very much. First I need to point out that while my thoughts and opinions are my own, perhaps the biggest influencer in regards to the way that I think about the Universe and humanity’s place in it is the late great scientist-philosopher Carl Sagan. In his numerous books and television programs, Sagan paints a picture of the Cosmos that has influenced and often parallels my views.

We know that the Universe, at least in local areas, has organized itself. Dust clouds formed planets and stars. Inside the nuclear interior of suns, complex elements formed. On at least one planet, these complex elements formed chemicals that have organized to become genes, then cells, then more complex organisms. One line of these evolutionary branches evolved into Homo sapiens, an animal with astounding brainpower. We humans proceeded to use these brains in ever more complex and interesting ways. We have developed language, culture and civilization. Eventually we began to understand science and develop technology. These advances have taken us into astounding territory. Such wondrous things are being discovered! Perhaps the most significant of which relates to understanding the fundamentals laws and facts that govern our Universe, biology, and even our own brains.

The fact is undeniable, the Universe is conscious! It has organized itself over the eons into these little bundles of extremely dense, intelligent and self-aware structures called people! As Sagan said on many occasions, “We are star stuff”. The elements produced inside of stars are what make up our bodies and hence our minds. We are conglomerations of energy and matter that has built up and formed itself over billions of years, first through stellar synthesis, planetary formation, chemistry, biochemistry, genetics, and finally human culture, reason and technology. We ARE the Universe, or at least part of it. We are groupings of matter and energy that are a part of a Universe that has become conscious. Though people, the Universe is beginning to know itself though reason and science.

To me this is a grand and awe-inspiring concept. I would even describe the feelings that it inspires as mystical. Religion and superstition have no monopoly upon such emotions. Those who have a basic understanding and appreciation of the natural world and science often experience them.

Other intelligent life in the Universe is not only possible but many believe probable. However, unless and until we find it and prove that it does exist, there is a chance that intelligence only happened here. Even if sentience does exist elsewhere, it may be so different from our own version of consciousness that it may be barley recognizable. There is a real chance that thinking and awareness as we define it could be unique to Earth. 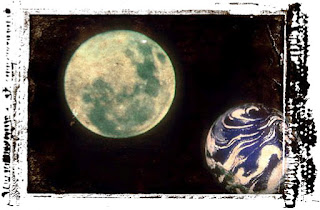 Viewed through the prism of these ideas, it seems imperative that humanity continue to exist and strive to understand and expand into the Cosmos. It is of the utmost importance that we do so. We, who are the conscious part of the Universe, are striving to understand our self!  Premature extinction of this sentience would therefore be catastrophic on a cosmological level and extremely undesirable. I would argue our quest to know more about the Infinitum adds nobility to the existence of the human race. We are not really people striving to understand creation, we ARE creation beginning to comprehend itself.

I grant that there may be other reasons for us to go on as a species and civilization. However, striving for the ultimate fulfillment of a self- aware Universe is the most compelling argument on my list. At times I think that a similar premise can be made relating to the human creation of art and philosophy. However I am not certain that I am on such sure-footed territory on this concept. Perhaps I will explore that idea further in coming blogs.
Posted by Brian Joseph at 5:07 PM

Email ThisBlogThis!Share to TwitterShare to FacebookShare to Pinterest
Labels: Better Never to Have Been, Carl Sagan, David Benatar, Human Extinction

These are interesting ideas. I think I've read Carl Sagan but I'm not sure.
I don't belive in a benevolent being "up there " either stll I would call myslef very religious or spiritual and - still again - I don't think it would be a loss if humanity ceased to exist. Nature, the cosmos whatever ca come up with another, better plan. there is no denying that there are wonderful people and as many nasty ones.
I think a species that brings such a lot of destruction to a planet, exploits it, abuses it and changes it firever to the bad...
Thta's why I also ulitmately think while humans may be extinct, the creation comprehending itself will go on.

Caroline - your comments make me think that maybe there will be a strange and sort of justice in play. Our destruction of the Earth and malevolence towards one another may very well bring about our extinction sooner rather then later. If we end that way we have brought it entirely upon ourselves. This seems the most probable, but far from certain future.

If we do survive as a species and civilization, it will be undoubtedly because we decide to really protect the planet as well as avoid our worst tendencies to destroy one another. Though this outcome seems less likely then destruction to me. If we do pull it off then perhaps we have earned the right to go on.

I also think humans will be extinct before too long, probably due to over-population and habitat destruction, although a nuclear war or a virus might finish us off first. I think Earth is such a tiny, insignificant planet, and we are tiny, insignificant beings, and the Universe will go on without us.

As for paths to extinction I think that you got it about right Violet. Global warming and similar environmental catastrophes are the most likely. Of course as you mentioned there are still enough nukes out there to end it all. I also understand that many biologists fear that the technology is coming that will allow the easy production of pathogens that can destroy humanity.

Of course those who try to predict the future has often been wrong. I still think that we have a chance.

When it came to Sagan he was a realist. He acknowledged that extinction might be probable. He also recognized and decried human barbarism. However he always argued that there was a way out and that we might make it. He laid out compelling arguments why such a bright future could still be possible.

I agree that we are small, but if we can overcome our shortcomings I believe that it will make us great.

OK, now everyone sees what the old Star Trek episodes have burned into my psyche. Mankind uniting and eliminating war poverty and greed and all the rest of that 1960's peace and love stuff while flying around in space:)