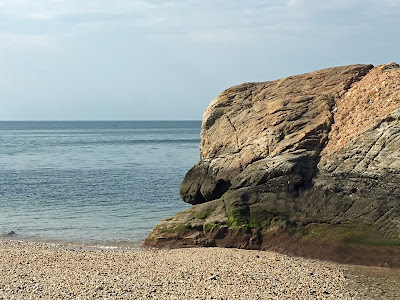 Wise words from a wise man. I've always admired Churchill and his historical writings about the history of the English-speaking people and WWII.

What a great posting! Of course, never giving up in opposition to evil requires first an awareness and identification of evil; awareness and identification seem to be the big challenges for some contemporary leaders in these very dangerous times. I will go further. I recognize evil. I feel somewhat alone in that my leaders cannot (will not) share in that recognition. Call it coincidence because of the author's birthday, but I now am thinking about George Orwell's _1984_.

Hi Fred - As you point out, Churchill was not just politician and a leader, he was a prolific writer and thinker. Hopefully I will read more of his work in the coming months and years.

You raise a very good and relevant point about recognizing evil. Though I understand that some politicians need to temper their speech for strategic reasons, there a strain in modern society that is showing what I call moral cowardice. I am specifically talking about cultural realism that seems to be on the rise these days.

These words are great advice. They are good reminders. Excellent post!

Hi Brian! I have always like Churchill. I read a very good biography of him and didn't know that he was also a prolific writer. I now have all the volumes of his history of the world. He also wrote about the Boer war, which he fought in.

As you know, I am in full agreement that absolute morals exist given to us by a Lawgiver (I know we don't agree on the last part).

Like R.T. and you both so excellently put, I am concerned that certain of our leaders are caving into a politically correct stance on a very real danger that is looming over our reality. I do not want the freedoms I enjoy to be stolen from me because of what you very aptly call, "moral cowardice".

Such a great topic that we could spend hours and weeks discussing!

Fantastic quote Brian, thank you for sharing. Like you mention, it can apply to many areas of life and situations. The message is a powerful one. It is important to be able to accept change if it is for the better, yet also important to stand up for what you believe in.
Enjoy your weekend.

Hi Sharon - Indeed politicians often do not take the ethical or moral course and instead take a position not to offend or make waves.

With that I will now be a little contrarian :) There is also a tendency by some to label legitimate disagreements over issues or strategy as ethical or character lapses.

I am thinking of devoting an entire blog to Cultural Relativism.

Hi Naida - Indeed, in the end, so much of this is about balance.

I have always admired Churchill but was not familiar with this quote. It is inspirational while aimed at an audience that needed a jolt. I like your commentary and appreciate your highlighting this particular statement.

I haven't read a lot of Churchill but I do like this quote, will need to look into more, thanks Brian

I really enjoyed reading your take on this very wise Churchill quote. Of course, this man was not only a master statesman, but also a great moral example, and a towering genius. Had he not been a the helm during WWII, I don't think Britain would have survived the war. He is undoubtedly one of the giants of history!

i do think that, in unimportant matters -- such as what to have for dinner, lol -- one need not get into a heated argument This is a trivial issue. Other issues, however, are important enough that one should definitely stand firm on them. No matter how heavy the pressure from society, one should NOT give in. One should have the courage of one's convictions, and not be easily swayed, no matter what the consequences may be. If one has to pay for one's views with jail time, then so be it. That's what Martin Luther King, Jr. and his followers did during the 1963 Birmingham campaign. The members of the Civil Rights Movement were willing to go to jail to uphold their beliefs. They were not to be intimidated!!

This quote, and your post, tell me that I need to fill a huge gap in my collection of books read....I need to tackle Churchill!

Thanks so much for sharing your very interesting thoughts!! :)

I think that many great leaders operated by these ideals. Martin Luther King is a great example.

I also need to read more about Churchill myself. Five Days in London by John Lukas was very good.
http://briansbabblingbooks.blogspot.com/2013/04/five-days-in-london-by-john-lukacs.html?m=1

I would like to read a good biography however.

With several Churchill books on our shelves - including a full set of his war diaries - Mr T isn't averse to quoting Churchill.

Insightful as always, thanks Brian.

PS Maria - Your raise a good point about Great Britan's fate in World War II had Chirchill not been Prime Minister. Things might have gone very badly for the entire world.

Hi Tracy - Churchill is really a great source of quotes.

Churchill's words are useful in everyday life -- particularly when playing sports such as tennis. When I play tournaments, I fight hard against never giving in even if you're losing or if your opponent tries to cheat or what not. You never know what could happen by not giving up and playing with honour. Nice quote.

Hi Susan - I never thought of this quote in terms of sports but I think it is perfect in such a context. This quote applies to so many life situations.

"There is no shame in changing one’s position if it is the right thing to do."

If only more people understood this. But it's also psychologically difficult. If people get emotionally invested in a position, and if they then find out they're wrong, in many cases the admission would extract great psychological costs that they aren't willing to face, so they go into denial and come up with rationalizations for why they're right. There's an interesting book that explores this: Mistakes Were Made (But Not by Me), by Carol Tavris and Elliot Aronson.

Hi Hila - Indeed people become so intractable. It is the cause of so much difficulty.

Thanks for the book recommendation. It looks good.

I do like this quote and once again I have to say - he was such a quotable man. And a great leader. I'm sure he had major flaws but compared to today's UK candidates. I'll say no more.

Wise words from a noble Gentleman. I've always admired Churchill and I was fortunate to work with a member of his family. Great post

Thanks for stopping and thanks for the good word Reader's Tales. Churchill was admirable in many ways.


BTW - Do you have a blog? I could not find a link on your profile?

Sorry for that Brian! It is a personal blog, partially public ... I don't have any social media (Facebook , Instagram , etc. ) ... Maybe the difficulty of finding it. I wish you a lovely weekend ahead :)