The Bible and the Koran

I have read and reread at least twice, all the books of the Bible. I have read the Koran twice and will likely go back to it at some time in the future. Since I will be sharing some of my opinions on these texts, in future blogs, I think that this would be a good time to present some of my general thoughts concerning these books. 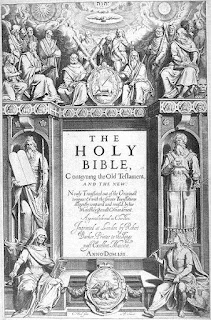 It goes without saying that almost everything in the Bible and the Koran is of enormous significance. Much of it is brilliant literature. Many of the ideas invented and presented on its pages have played a vital part in the development of human ideas and philosophy. These works are a cornerstone in the great palace of human thinking. Both books are filled with wonderful, as well as terrible ideas. Any person, who wants to understand the world, would do well to read and to attempt to understand what is contained here.

However, as a source of truth about the physical world, I barley believe a single word contained in these works. While Moses, Jesus, Mohamed, etc. were likely real persons; their depictions in these books were fictional. These were interesting, compelling and magnificent characters; but they are essentially products of someone’s imagination.

I am essentially an atheist. Richard Dawkins’s The God Delusion has a fun little scale where a person can compare their beliefs on the existence of Deities. The scale runs from 1 to 7, with a sore of 1 representing the view that one is 100% certain that God exists and a score of 7 being 100% certain that she does not.  I come out as a 5 or 6 on the scale of 7. Dawkins would classify me as leaning towards being a de facto atheist.

If there is a God, there is not doubt that he, she or it, is not the very small and petty Divinity described in most of the world’s holy books. The more one learns about the natural world, Biology, Physics, Astronomy, Cosmology, etc., the more trivial and less important the God that man created in these fictional works appears to be. In the unlikely event that a supreme being exists, it is a God of Math and Physics. He is a creator of Black Holes, Quantum Physics and the double helix. She is not likely to be helping people to walk on water or build wooden arks and she is certainly not getting angry if people do not believe in her or draw pictures of her “prophet”.

I also find it difficult to use these writings as any kind of a moral compass. There are superbly great ideas contained here, but there are just as many terrible ones. It has become almost a cliché to say now, but it is true, that Yahweh of the Old Testament was more often then not, a petty, vain, frivolous, yet often very entertaining monster. The Koran espouses some very good things, such as toleration for Christians and Jews, almost as often as it advocates horrendous things, such as intolerance for many other belief systems or the enslavement of women. The God of the New Testament is certainly more beneficent that either Yahweh or Allah, but he is has similar moral issues such as threatening punishment for dissenting opinions as well as the tendency to support slavery.
I also find it impossible to view the Bible (or the Koran if we look at the Islamic text as a “Sequel” of sorts) as a coherent work. The God of the Old Testament is obviously not the same character as described in the Gospels. The God of Saint Paul, for that matter is very different from Jesus or his father as depicted in the Gospels. The philosophy of Ecclesiastes seems to be incompatible with just about everything else found in either the Old or New Testament. Allah of the Koran is different still.

Analyzing these Holy Books as literature, philosophy, and diverse works of cultural importance, and not as absolute truth, or as a single philosophy, is the only rational and coherent way to explore them. Examining these enormously significant works as such is vitally important, if one is to gain a minimum level of understanding of the world.

I applaud your bravery for posting your beliefs on this topic. Admittedly, I have not read either book... but I concur on your assessment that "the God of the Old Testament is obviously not the same character as described in the Gospels".

It is sad, but ironic, that various belief systems cannot abide in peace. We are all children of the same source, yet we cannot reconcile.

Hey Mags - Thanks for the feedback. As for the courage, as you know I have mellowed a bit and try to be a little less overbearing these days. Maybe that takes more courage :) I agree it is sad that there is so much strife between belief systems of all types. Some nasty genes in us I think.

Well, I know a little about the development of the Bible and in common with much other ancient literture, its not necessarily "fiction", i.e. someone just sat down and wrote it. Moses may well have existed as a tribal leader, and over hundreds of years, the stories about him were passed on by oral tradition - not to tell the story about Moses so much as to tell the story of the community which developed subsequently and their self-understanding. The stories were written down much later than the events described of course but this does not mean that they are fictional - legend is a closer description perhaps?

Similarly with Jesus of Nazareth, study of the four gospels shows that the core material they all have in common leads scholars to suggest that there was a very early circulating document commonly called "the sayings of Jesus" which was probably a direct record of the teachings of Jesus taken more or less at the time he spoke.

I agree that many of what is depicted in these works are based upon real people and events. The question is where do we draw the line between fiction and a somewhat inaccurate chronicle? Though not exactly the same, Shakespeare wrote about real events and people, yet we consider plays like Henry V to be fictional works. Plato is a prime example, we know that Socrates existed and that he espoused many of the philosophies that were expounded in Plato's works. Yet I wonder how much of Plato, as opposed to Socrates is expressed on the character found in the Dialog. I really do like your term "fictional legend".

I have heard of the early document that all of the Gospels draw from. I wonder, is it an accurate account of the sayings of the philosopher Jesus, or was it a reflection of the philosophies of the writer of that document. Maybe it was a little bit of both!

Perhaps I get a little too cynical as to the accuracy of human accounts of events in general. I often observe that if I attend a meeting with five people on a Monday, on Wednesday there are three wildly different versions of what transpired.

Sorting biblical accounts of people and history is like asking my siblings to recall a family event. Difficult to believe that we all really were at the same event.

I like reading the Bible ( Koran, less so). If only these great ancient texts did not have to do the heavy lifting for religion. Let's hope some religioneer, looking for a fresh hustle, doesn't decide The Complete Shakespeare would make a marketable holy text.

Good point about Shakespeare. I often think what would happen if the wrongs folks n a far future society with religious inclinations got their hand on the Harry Potter books, or videos os the Star Wars movies.

Shakespeare is so much more powerful in the original Klingon.

Later in the movie, as a photon torpedo was honing in on his ship, and Chang knows that if it finds him he will die, he actually says....."To be or not to be...", right before the torpedo hits.