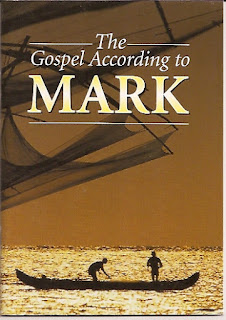 It never ceases to amaze me how the character of Jesus was such a revolutionary figure and so very different from how many perceive him. If we just focus on what is being said in the Mark and elswhere about money, wealth and the striving for such, there are some very interesting ideas to ponder. Jesus’s philosophy on all things financial was simple and extreme.

“Mark 10:21  Then Jesus beholding him loved him, and said unto him, One thing thou lackest: go thy way, sell whatsoever thou hast, and give to the poor, and thou shalt have treasure in heaven: and come, take up the cross, and follow me.

10:22 And he was sad at that saying, and went away grieved: for he had great possessions.

10:23 And Jesus looked round about, and saith unto his disciples, How hardly shall they that have riches enter into the kingdom of God!

10:24 And the disciples were astonished at his words. But Jesus answereth again, and saith unto them, Children, how hard is it for them that trust in riches to enter into the kingdom of God!

10:25 It is easier for a camel to go through the eye of a needle, than for a rich man to enter into the kingdom of God. “

There is no subtlety here. Jesus is saying that if you are rich you are not going to heaven, unless of course, you give away all your money to the poor. It is not enough to just be charitable; you must give away every penny. Jesus was no capitalist. His philosophy is not friendly to the modern day concept of the free market.

Jesus was anti wealth, it is very clear in the text. If we think about this in terms of the modern world one must conclude that this belief system would not be receptive to the thinking behind conservative economics. Some would retort that Jesus would not support more liberal economic policies either. I would however be willing bet that he would champion a lot of economic initiatives espoused by progressives and liberals. Would anyone wonder if he would support providing home heating aid for the poor, or would he support more tax breaks for the wealthy?

I have heard an argument, in regard to this philosophy, contending that the message here is that people should do what they can to help others, and that giving a reasonable amount to charity is sufficient. It seems to me however, that such a moderate course is not compatible with what is being expounded in the above.

Though I am a progressive, I personally believe and agree with the more balanced approach. I do think that regulated capitalism is beneficial for most people in the long run. I also believe that striving for prosperity, in moderation, can be good thing, especially if its goal is to help ones family or society.  I think that the belief system concerning wealth, laid out in Mark and the other Gospels, while a noble sentiments, is almost impossible for most to live by, and it would be undesirable if everyone tried.

I also believe that the Jesus portrayed in the Bible is a fictional character. If I were inclined to imagine that he really was the Son of God, I suppose I would start giving away every penny that I had.

I was forced to take Scripture Studies while I attended a Catholic school, and it didn't leave me with a great love of the Synoptic Gospels. Even so, I did join up with a Bible Study group in later life (very disappointing as lacking objectivity.)

The upshot of a lot of this is that the tendency to follow the parts of a religious text that you like, and gloss over the rest, is by no means a practice peculiar to extremism. I don't think that there is anything wrong in doing so providing that it is acknowledged, and that everyone is entitled to partake of the same freedom.

I agree most religious people that I associate are moderate and acknowledge that they follow the parts of their religion that they agree with and reject what they do not. I actually find this commendable.

It is funny that you mentioned the Bible Studies. Driving home today I inadvertently tuned to a Christian Radio station. I listened for a while. Most of my fellow non — believers would be appalled. However the commentator was quoting passages from St Paul. While I did not agree with many of her conclusions I found her take interesting. I also thought to myself, "At least someone in the media is discussing and analyzing great literature!"

Hi Brian! Yes, there is much in the Bible that would come as a surprise to many who consider themselves "Bible-believing Christians." But even those of us who take Jesus at his word also go away grieved about our many possessions. I wouldn't worry about the economy, though. As Father Emmanuel McCarthy (worth checking out) has said with regard to pacifism and wars, there will always be plenty of people to keep the economy going. But even if there was a mass conversion to the way of Jesus, it's hard to say tht would be a bad thing. We wouldn't just sit around singing Hosannas, the profit motive would be replaced by the love motive, and there would still be plenty to do. But undoubtedly there would be less war, environmental destruction, and human exploitation to generate and protect private profits. That might not be such a bad world...

P.S. Is there an option to subscibe to follow-up comments available? I don't see it here in the popup.

Thanks for your feedback Laura. I totally agree that all the things that you mentioned war, environmental destruction, human exploitation to generate and protect private profits, would be greatly diminished if folks just followed the philosophy of the Gospels. Though in my view of an "ideal world," such philosophy would be modified a little to allow moderate capitalism and personal ambition.

PS - It seems that the inability to follow posts via email is n issue on Blogger. It looks like I can set up the option via a feed ,but it may take me a day or two to set it up. Thank you for letting me know about this.